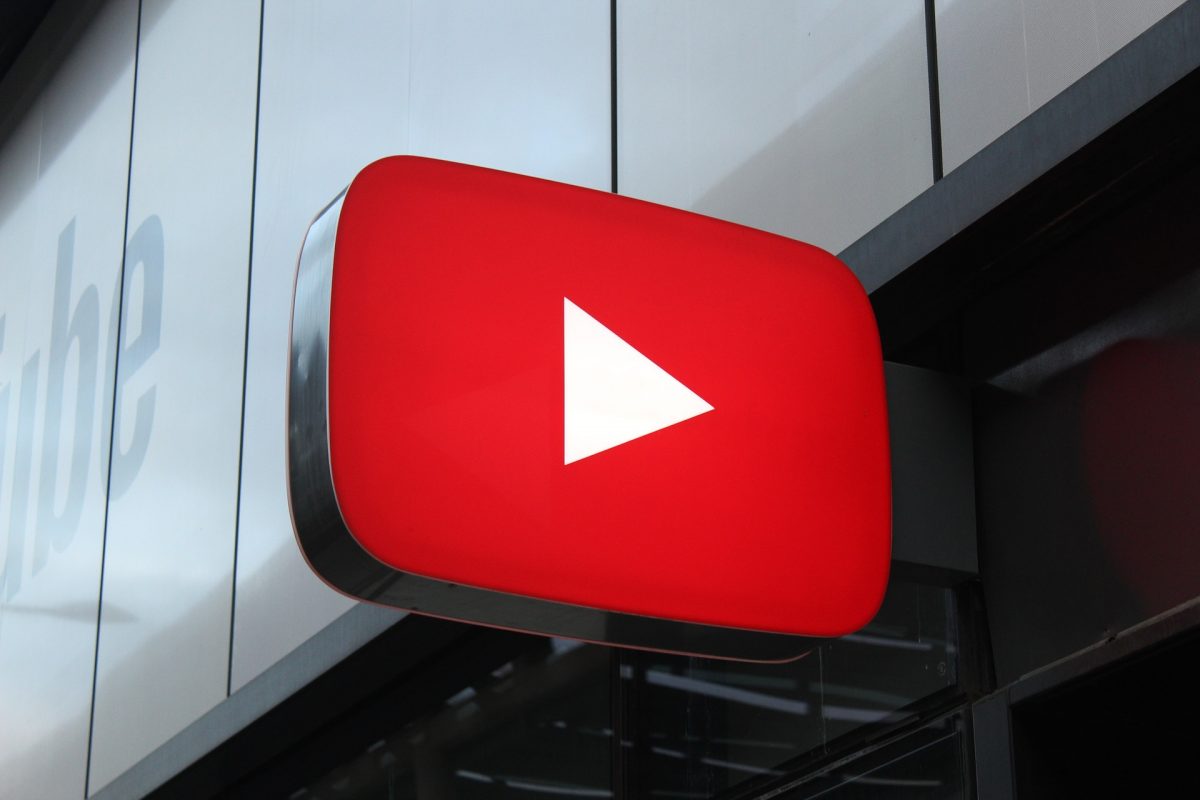 According to YouTube, the advertisements were selected by their own algorithm based on “organic and paid views, watch time, and audience retention.”

Criteria for being a finalist

Here’s how the videos were selected and ranked.

Note: We are going to include stats that can be seen without the analytics. The stats that normal viewers see at a glance. It cannot be specifically quantified. However, we can get a feel for public reception and opinion through the comments, and the likes/dislikes bar.

This is a very controversial stat lately. Instagram is trying to experiment on removing likes on its platform. This is going to be a challenge to marketers since one of the indications of audience interaction and reception is through likes.

On YouTube, likes and dislikes are often negligible stats. Youtube doesn’t require a sign-in to play videos, and only signed-in users can like and dislike videos, an extra step many don’t bother with unless they are trolls or avid YouTubers themselves showing support to fellow YouTubers. But we’ll share the stats because they still give perspective on audience preferences. More about Likes and Dislikes below.

It’s really inspiring to see these SEA YouTube Channels compete on the big leagues with the big brands such as Amazon and Nike, and marketing heavyweights, Apple and Coca Cola. It’s really interesting that they can go toe-to-toe with these marketing behemoths.

But that’s not only the curious thing here. There are so many interesting takeaways from this list so let’s look a little deeper. Let’s start with our own two.

The title translates to Complete Dreams in Vietnamese. It revolves around the story of Nguyễn Quang Hải, a Vietnamese football player. The message of the ad is to share the dream of one man to inspire millions of people.

LG’s technique is to tug the heartstrings of people with its ad. It’s inspiring and emotional and it works.

However, what’s weird is that even with sixth place, LG Vietnam’s ad has a greater number of views than the 2nd and 3rd place by 400 thousand and 200 thousand respectively.

But this could be further explained by the criteria that the algorithm used aside from views which are watch time and audience retention which are kind of similar. Having a 4+ minute ad on YouTube is too long. Most people will click off immediately.

This is just one of the factors why LG Vietnam still remained 4th despite higher views. This would be further explained below.

To anyone who doubts the power and influence of K-pop, here’s something for ya. Blackpink has been on a roll lately, being the first K-pop group on Coachella.

K-pop is huge in Asian countries and is now followed worldwide. Shopee recognized this and utilized Blackpink’s fame and influence to promote Shopee’s “Birthday Sale.” Boy, did it work. A handsome 32 Million views.

This ad has the most comments, only second to Nike. Blackpink promotes conversation.

Here’s another weird stat. YouTube claims that because of winning ads having an average duration of 90 seconds, it illustrates “the growing popularity of long-form content on the platform.”

While long-form content on YouTube is certainly on the rise, 3 finalists had a duration of only 30-32 seconds. The first one is this LG Commercial.

Now let’s go with the rest of the finalists.

This is not so surprising as Coca-Cola is a veteran when it comes to viral and big marketing campaigns. Also, Brazil is the 5th most populous country in the world.

What’s surprising is that this was just released in January. That’s 92 million views in just 5 months!

The title means “Go Gas” in Portuguese. It encourages young people to “go gas”, be bolder and live life to the fullest.

If you dig deeper, you can hypothesize that they managed to reach these numbers by having multi-platform distribution and hiring influencers. Talk about having a marketing budget.

They have a dedicated website for the campaign. The website contains Instagram videos related to the campaign. All these efforts paid off in a successful campaign.

This is one of the 3 finalists with a small duration with only 30 seconds of play time.

It has a very big lead in view count than the 2nd place. That’s a 53 million lead. Again, Coca-Cola shows its expertise in making very successful ad campaigns.

But the 32% Like/Dislike Ratio shows that the audience can be slightly divided with their reception.

I expected no less from this ad.

First, this is for the Super Bowl, a national sporting event in the US. Millions of people watch these.

Second, it’s star-studded. From Forest Whitaker to Harrison Ford and all the celebrities in between.

Third, it’s Amazon. Almost everyone on the internet knows Amazon.

Amazon uses quirkiness and humor in its message to have a positive acceptance. However, in the last part, it’s kinda sinister. It’s Alexa controlling the world’s power grid.

Of course, it’s not the intended message but some people in the comment section reflect my view.

Great view count but less interaction than the other ads.

It has the classic elements of virality. Quirkiness, humor, celebrities (it stars Egyptian comedian Ali Rabee), and catchy music. Almost the same formula as Amazon’s. It’s a song that asks the question, “What can I do without my internet package?”

It’s so campy and random and the music transcends language barriers even without English captions.
This ad even has the feel of Gangnam style, the first non-English song to reach a billion views.

This also has a very high production value. Aside from Ali, the majority of the scenes are highlighted by computer-generated singing animals. Usually, digital visual effects are very expensive.

This is quite curious. Orange Egypt’s and LG Vietnam’s commercial has more views and comments than Amazon’s. Again, according to YouTube, the finalists were picked by an algorithm with watch time and audience retention taken into consideration. Not just views.

There are possible hypotheses because of this:

Those are the reasonable justifications. But if you like fringe theories, here are two. It could be that Amazon just paid YouTube to have a high spot or YouTube is just giving their Silicon Valley neighbor a hook up. Sure, they could justify the algorithm as views are not the only factor, but I don’t know. Tin foil hat not included. (please don’t take this seriously and don’t take it as fact.)

Another 30-second commercial. Apple definitely has a reputation for being really good at marketing and rightly so. Objectively, their products are not that far off with the performance and quality of their competitors. But Apple commands higher prices because of its brand and marketing.

Interesting things about this ad: 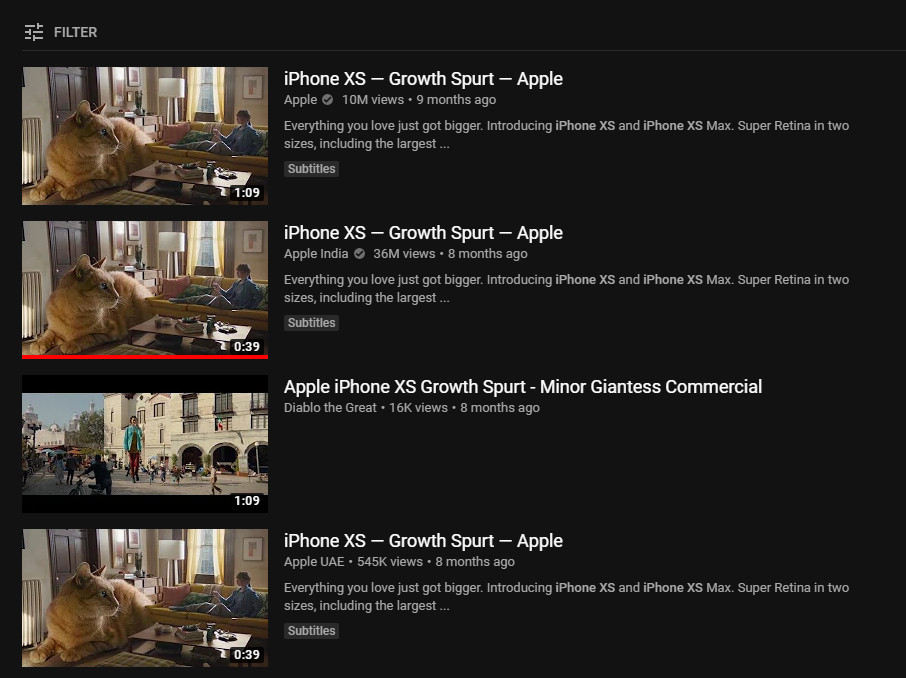 How Blockchain is Driving Economic Growth in South East Asia